This week was really interesting, filled with a lot of cleaning and preparing because it was transfer week. We got a new missionary in the apartment with the other companionship. He’s from Tonga and he’s straight out of the MTC. So those first few days, not a lot happened.

Yes! Sister Grace’s baptism came on and it was the talk of the branch, let me tell you. Basically all the people we saw at the baptism were the same people in church the following day. It took her a lot of time to get here, but now she’s here and called to be the second counselor in the Relief Society presidency. She’s really powerful and moving forward. We had 5 baptisms (none from Bolga) this past week and 11 last month. That’s Tamale for you. (Below is a new photo from Tamale.) 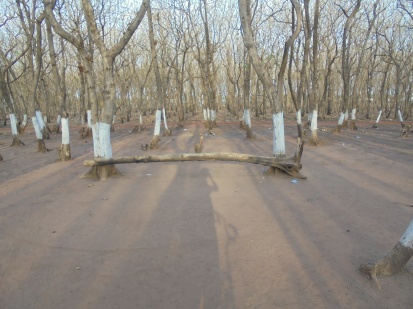 We have a security guard that just stays outside our apartment and I’ve started making him food and giving him water. I know he appreciates it and I always find a clean plate and spoon outside in the morning. It really helps him to feel happy and I feel happy in turn for giving it. I don’t give him food every time, but now we have a water bottle with his name on it, so it will be there for him every night.

Another thing, recently I’ve been reading the 7 Habits of Highly Effective People and tying it straight to Christ-like leadership and missionary work and it’s really empowering. Seriously, I’ve only gotten through habit 1 and my perception about a lot of the things I deal with has dramatically changed. Isn’t this world wonderful? Isn’t this life of being able to grow and progress so great?

Tamale is crazy hot right now. Like I can’t stop sweating at night. After work outs when I leave the shower, I am still dripping with sweat. We have standing fans for some relief; they blow heat. They say that March and April are the hottest months. What can I say? It’s Tamale. Lots of times, people will mention the conditions by the name of the town like, “It’s Tamale hot today.” But then they say Bolga at this time is even hotter. Wow!

Well, you know how we talked about Honey Nut Cheerios last week? Well, I found some and bought them. There is a place in Tamale that is an “American store” and it’s super nice. The cereal cost 34 cedis. That’s relatively expensive…$7 American. But I ‘m in love. It was so worth it! I’m gonna buy Apple Jacks today. Ha ha. I have to buy milk in a box on the shelf. It seems weird to me, but it works. :d We have a refrigerator and I am so grateful. It is heaven! Cold water is the reason I’m alive. 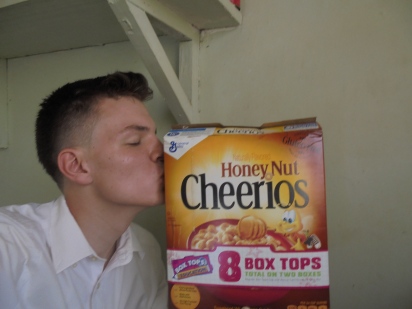 For Grandpa, make sure you send my love to him! I love him so dearly. I hope to see him again.

Thank you for your thoughts and prayers.